Showing posts from July, 2012
Show all 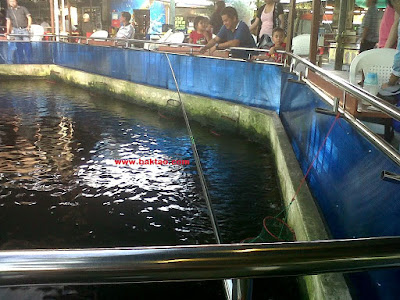 Amidst work and exams, one has to find a little play time to relieve those stressful thoughts that lurk at the corner of our minds. My mum had some ideas about bringing my grandfather on prawning trip on a Thursday afternoon to Bottle Tree Park at Khatib but I protested vehemently since I had a bad prawning trip at Bottle Tree Park once. The pond water level was shallow there and the prawning hook up rates weren't amazing. My mum was a complete newbie at prawning so in the end I suggested Bishan Haibin since I had decent prawning experiences there. Haibin at Bishan was also one of the more established prawning ponds in Singapore and had decent surroundings with a beer garden and fish spa. I made some time to accompany my mum and grandfather so that they can have some guidance and prawning tips. When we got to the place, I realised that the prawning rates had went up to $33 per 3 hours and also, there weren't any longer prawning rods to be had. Well, if you are a regular at
1 comment
Read more

July 20, 2012
Many anglers have Emailed me to share my Desaru fishing contacts so I thought why not blog about the contact so everyone can benefit. Desaru is becoming a good convenient place for Singaporeans to cast a jig and satisfy their jigging needs because with the recent ulu tiram highway, Desaru is just 45mins away after crossing the woodlands customs! This means light jigging right at our doorstep! Therefore a one day trip is possible for the angler and it isn't really hard to get a slot compared to local changi offshores or southern islands. The rates of desaru charters are around 650rm to 1000rm depending on the boat size and they launch directly from the Desaru beach. They offer jigging at the famous TU Lighthouse (you can pop too), the famous tukun reef and so on. There is a good range of fishes at Desaru with the most common being pelagic fish - the Queenfish, spanish macks, trevally species and you also have the reef species like groupers and snappers. Now while a one day trip
3 comments
Read more

Fishing at Bintan with the Kansas 99! 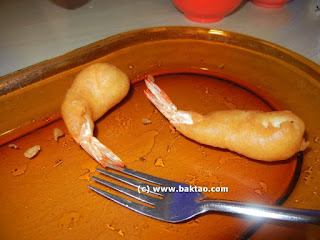 Finally the long awaited Bintan, Tanjung Pinang or TP Fishing had come. So far, half of my TP Trips (some with Elly Kelong (Trikora) or some with Ah Khiang) had been good and the other half had been bad. Some of the fishing pals were just ready for some fishing action after a long break due to work, children and so on. Some wanted revenge from last year. Some had not even went on a 3D2N offshore before. As I had booked this trip very pretty in advance, we had the luxury of a weekend date with Monday being the only weekday. There were some new birds (Shawn, Nick, Mark) but we had some old birds as well so I wasn’t too worried about whether the crew could cope. A pre trip shopping was also put up at beach road before the trip so everyone could buy what they needed. We went to Joe's tackle mainly, Deep Sea Tackle, Angler's Oufitters and even Sabre tackle. It was a good eye opening experience for the guys and also so that I could share my own knowledge on which shop was better
Post a Comment
Read more
More posts