Showing posts from October, 2009
Show all

These are the low resolution videos i uploaded yahoo videos... If the video is down you can content yourselves by watching YouTube versions... but part 2 and part 3 the audio screwed up Sail Fish Fishing Video Part 1 from YOUTUBE   Part 2 Day 2 Parrotfish and Squid Pekan Video
5 comments
Read more 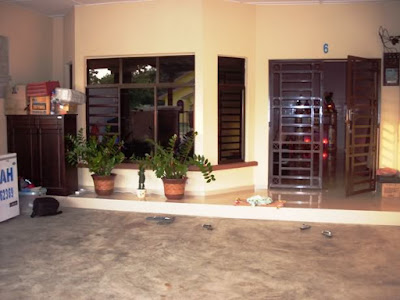 Prologue I was on a boat trip with Clarence in August and the talk of sailfish suddenly came up. I had not caught a sailfish before and listened eagerly. Later upon knowing that i had not have a taste of Sailfish before, Clarence made my day when he told me he will organise a Sailfish trip so i can get a taste of the amazing gamefish... The days came fast and furious with each passing day being more tormenting than the previous. The itch in my body was building up fast and it waited for nobody. I survived the days leading up to the trip by buying junk jigs and watching sailfish youtube videos. 16 October 2009 - The Drive Up After chilling out with Alan and the gang, i went on to meet Clarence, Terence and Lenni. We were to drive up to Pekan with Clarence being our driver. Thankfully, there wasn't a big jam at the customs and we sped on to Pekan with speed. We finally arrived at Ricky's place at around 0430 hrs. We setup our gear and hit the sack for 2 hours of sleep. Fr
2 comments
Read more

October 09, 2009
I got very bored one day so i searched around for fishing games and found a very interesting fishing game in 3D for PC. The game is created by Atari and Infogrames in 2003 and the title is Pro Bass Fishing 2003. This game does not feature our fishing here in Singapore but its a good fix if you are feeling the itchy since fishing is generally the same all over the world. There are a few choices to fish at and fish species from monster catches will depend on the choice of the waters. There are around 20+ species to catch from and that is what i like about the game. Each lure works differently and to target the fishes you want, you must try different approaches. Casting under logs and piers will also produce different results. Some fishes travel in schools while the big ones hang out under cover waiting to ambush your lure. How you fish really affects the game and the realistic gameplay is what i like the most. There are also a good variety of lures(20 over) and even the topwate
8 comments
Read more 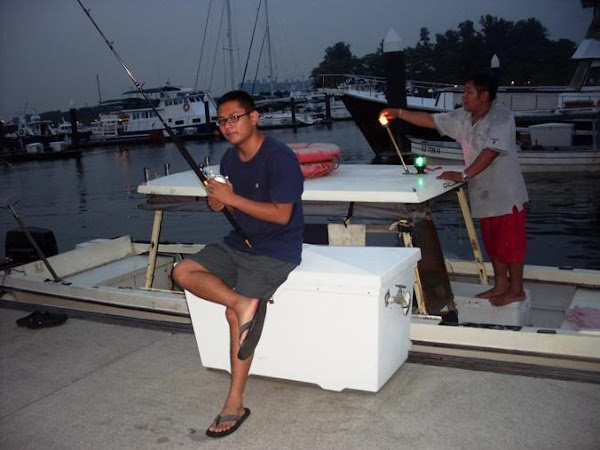 The build up to the trip was all good and all guns blazing for us although there were tsunamis and earthquakes happening all around us. In addition, the recent consistent drizzles and showers were a constant thought on our excited minds. I had been on offshore trips right after earthquakes before so i knew this trip was going to be a excellent or disastrous trip. In such a situation there can be two possible scenarios. The first and most likely will be that the fishes in our area will be timid and stay off the hunt for awhile. It's not difficult to picture this since tremors could be felt all the way here even in Singapore. Of course, we hoped this would not be the case. There were already a few signs that the earthquake could be causing some disturbances to fishing. The first being Jerome's Southern trip right before the earthquake. They ended up with two small fishes and no reason to why there were not many fishes although the water conditions were somewhat beautiful tha
1 comment
Read more
More posts